A Better Story: Getting to know Kerry Kingdon 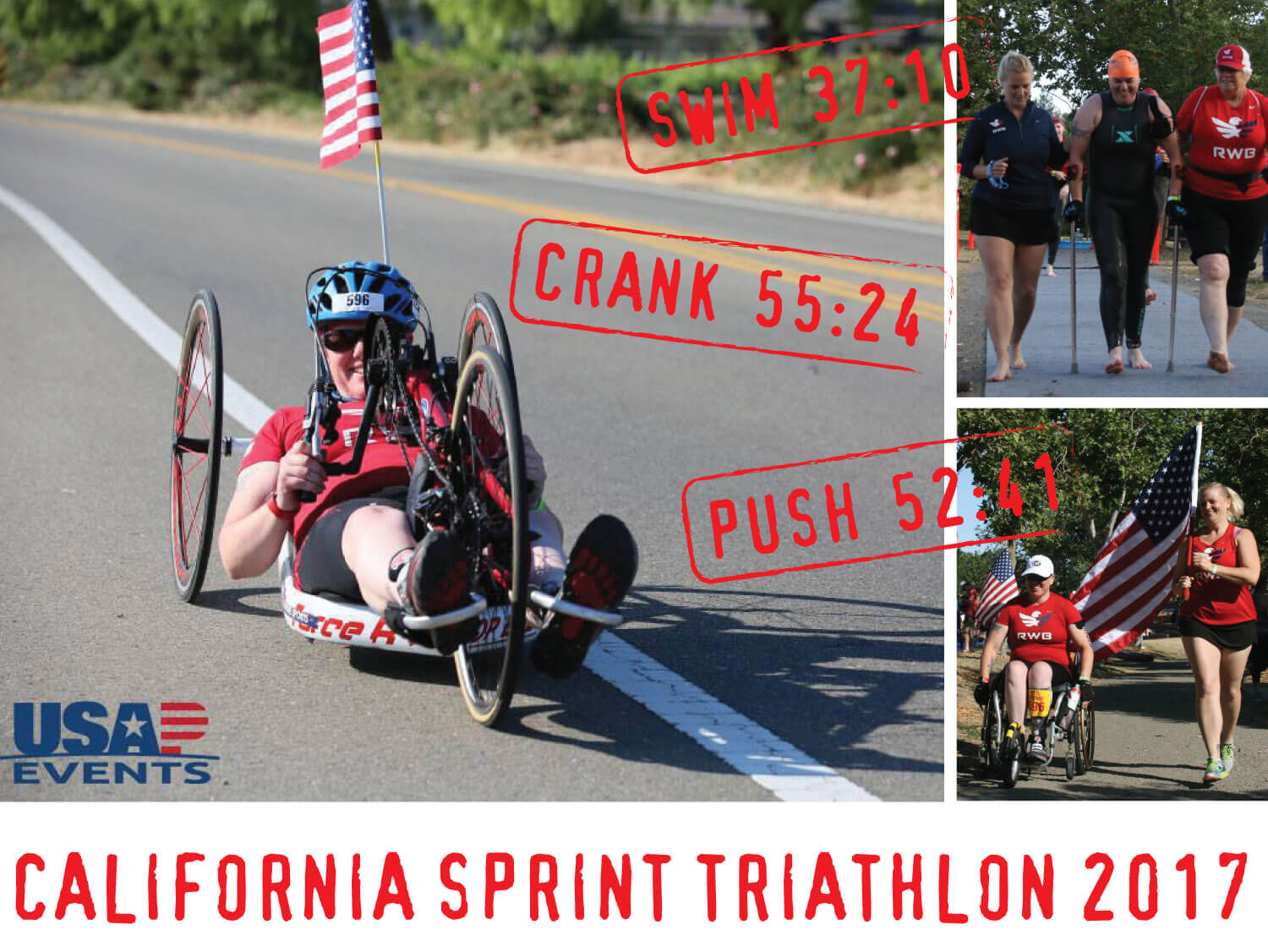 If you ask Kerry Kingdon what her favorite sport is, she’ll give you a list. Narrowing it down would be impossible for someone so active. “Triathlons and archery… and volleyball, lacrosse, and basketball…”

But as a kid growing up in San Lorenzo, CA, Kerry says she didn’t enjoy team sports or think of herself as athletic. “When I would play sports as a kid I never felt supported by my team.” Then when she was a teenager, Kerry’s doctor told her that had limited time left on her knee and at age 16 she had her first surgery.

“I wanted a better story,” she says. And so she started running and at 24 she ran her first half marathon. “My doctor told me I had to stop if it hurt. So I knew I would finish.” Over the next several years Kerry would go on to run thirteen half marathons and one ultra-marathon (31 miles). She also began transitioning to using a wheelchair.

In 2015 she received a Challenged Athletes Grant to compete in her first triathlon. “I always wanted to do one…” she said. A friend modified her standard bike so that she could pedal with one leg and she started training. But during the event, she realized that the bike modification wouldn’t work for her, and she struggled to finish the race. But she did finish.

As Kerry’s ability evolved, she learned new ways to adapt the sports she had grown to love. Today she has completed eight triathlons, competing both individually and as part of relay teams, using a hand cycle and pushing the runs.

She also discovered BORP. “I started researching sports for people with disabilities and found BORP.” And, as it turns out, Kerry really likes team sports. “BORP was the first place with these sports that I could try,” she says. And now Kerry has a lot of friends who also have disabilities, and that’s important to her. “I love the support I get. There’s team spirit and people who want to help me improve. I get that a lot more in wheelchair sports than I ever did before.”

The disability community Kerry discovered through participating in sports has become an important part of her life. Kerry recalls that at her first Opening Day at BORP there was a young boy who had never been able to try any sports before. In just a few hours she’d seen that he’d transformed from being tentative and shy, to racing BORP basketball players around the court, his eyes getting brighter and brighter over the course of the day. “Support from friends and family is awesome,” she reflected, “but it’s a whole other world when you’re able to interact with others that use a wheelchair. It’s nice to talk to people that have some of the same experiences you do. That’s what I’ve gotten from BORP, the Abilities Expo, adaptive sports clinics, and races that are big enough to have more than just me as the wheelchair division.”

BORP’s 2017 Opening Day will be on Saturday, September 9.
Click here to RSVP to this free event.

Today Kerry is training for another triathlon and a half marathon. She’s also planning to start competing in archery, plays basketball at BORP as often as she can and plays sitting volleyball and lacrosse.

Her story now includes a BORP community that supports her and races and triathlons across the country adding up to more than 450 event miles on foot, and more than 10 races (marathons, half marathons, and triathlons) after transitioning to a wheelchair. But her proudest moment, she says “was when I stopped listening to the voice in my head that said I shouldn’t be doing this.”