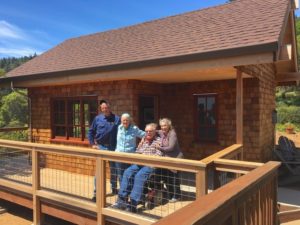 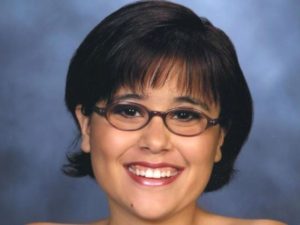 On October 9th former BORP Bay Cruiser, Christina Hanson, tragically lost her life in the wildfires that devastated Wine Country. Christina’s family has lost a daughter, the disability community has lost one of their own, and on a personal note, I have lost a childhood friend. Growing up, my parents often talked about our summer playdates at the pool and get-togethers at the Spina Bifida Association’s picnic events. As we got older, I fondly recall trips to Christina’s house where we couldn’t wait to start on our latest art project venture, all of course while being serenaded by the greatest Canadian pop diva of all time, Celine Dion. Aside from seeing Christina at Saturday basketball practices, we also found ourselves attending many of the same sports camps. Christina brought a sweet presence wherever she went; my heart truly breaks for her father Michael, whose love for his daughter was a force to be reckoned with, and stepmother Jennifer, who was a fierce advocate and warrior for Christina. Rest peacefully, you are loved and will be greatly missed.

A memorial fund has been set up for Christina’s family. Click here to donate.