The BORP Bay Cruisers are headed to the National Championships

March Madness may be over, but championship basketball is just getting started for the BORP Bay Cruisers.  Ranked 7th in the nation, the Bay Cruisers head to Louisville, KY on April 18-21 to compete for the National Wheelchair Basketball Association Junior Division-Varsity National Championship.

Coming off their recent Western Conference Championship in Portland, OR in early March, the Bay Cruisers, BORP’s Varsity team, will face off against the 10th ranked Milwaukee Heat in the first round of the single-elimination National Tournament on Thursday, April 18.  Sixteen teams from across the nation will vie for top honors in the Junior Division of the tournament alone, while more than 1,000 athletes of all ages will be on hand for the four-day, six-division tournament.  The event is the largest wheelchair basketball tournament in the world.  The NWBA is made up of more than 200 basketball teams across 22 conferences and seven divisions and was founded in 1948. It consists of men’s, women’s, intercollegiate, and youth teams throughout the U.S. and Canada. 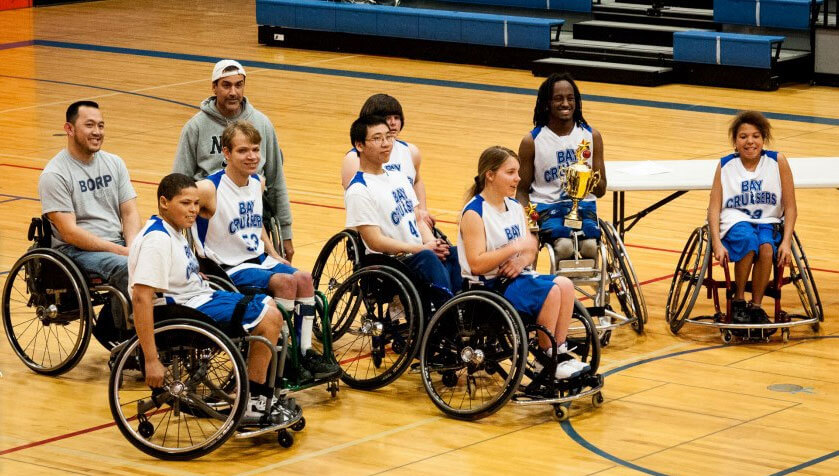 Trooper Johnson, BORP’s Youth Program Coordinator and Head Coach of the Bay Cruisers, says of his squad “the kids have worked extremely hard and come together to support each other throughout the season.”  The Cruisers finished the regular season with a record of 13-2 and return to the National Tournament after a one-year absence. “This group has a strong understanding of the team concept and the players work incredibly hard for each other to make sure that their teammates have success,” Johnson said. “They’re the most supportive team I’ve ever been around.”