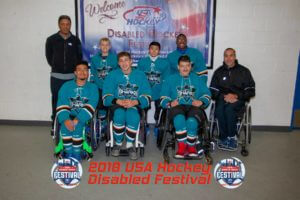 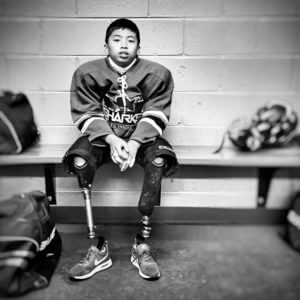 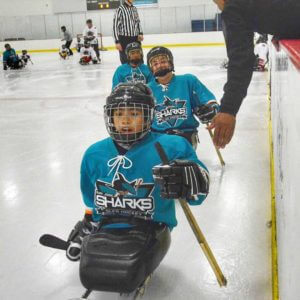 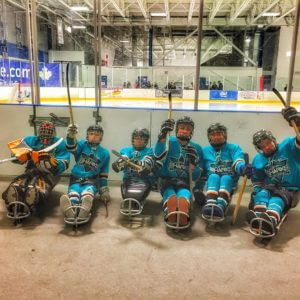 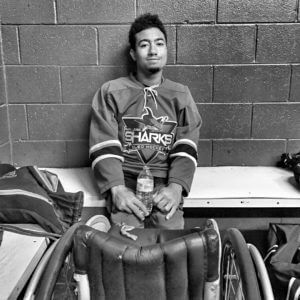 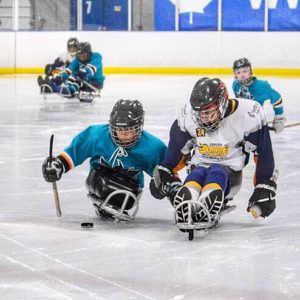 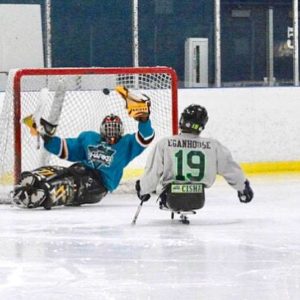 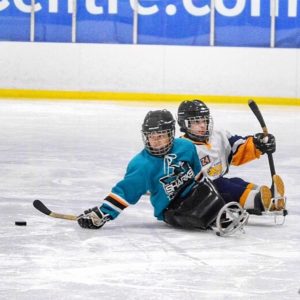 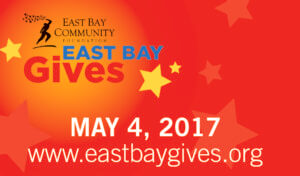 Hockey with the Sharks

By paul on September 24, 2010 No Comments
In Sled Hockey, any day on the ice is a good day.  It is an amazing day when you get out there and get to skate with members of the San Jose Sharks.

The Sharks skated with the kids from the youth hockey program at Oakland Ice Center and members of BORP’s Sled Hockey Program.  Sharkie was also on hand to skate around with everyone.

Sharkie tries to steal the puck

I gotta say, this was awesome.  The Sharks were passing pucks and we were taking shots on one of the youth goalies and it was a blast.

Afterwards, they stuck around to sign autographs for the kids.  Marcus threw kids out of the way to get up there for a photo. Marcus and the Sharks

We have Sled Hockey practice every Sunday.  See you on the ice!